Quique approached me in 2015 with a clear goal: he wanted a clean and simple logo that would represent his artesanal hand-made breads. The only requirement he had was that the logo should contain the brand name "Quique Panes" as everyone in Medellin knew his bread as Quique's bread. He had no preference for a typographical or a symbolic logo so I began to explore both directions through sketches.

After many sessions back and forth, I created a very simple logo for Quique using Scala Sans Caps to represent the elegant aesthetic and quality of his bread. I made a condensed version for social media and an extended version used on his bread labels and packaging. 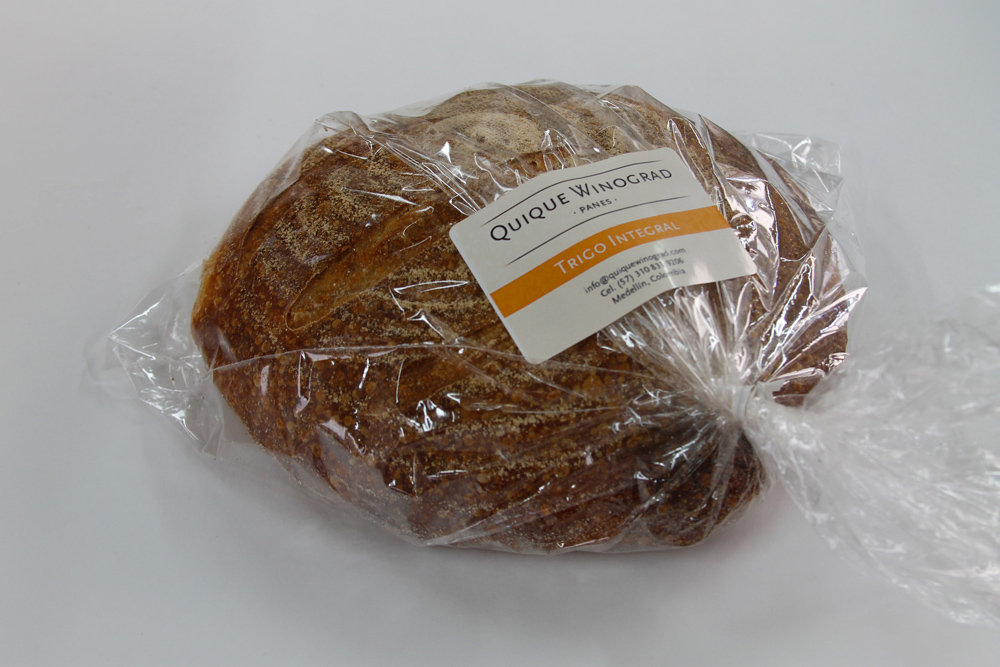 Quique's bread loaf in its packaging

Quique asked me to come with him to the bakery so he could show me how he made a batch of breads for the day. I decided this would be a good opportunity to document his working process for him to use through social media and for other branding assets in the future. 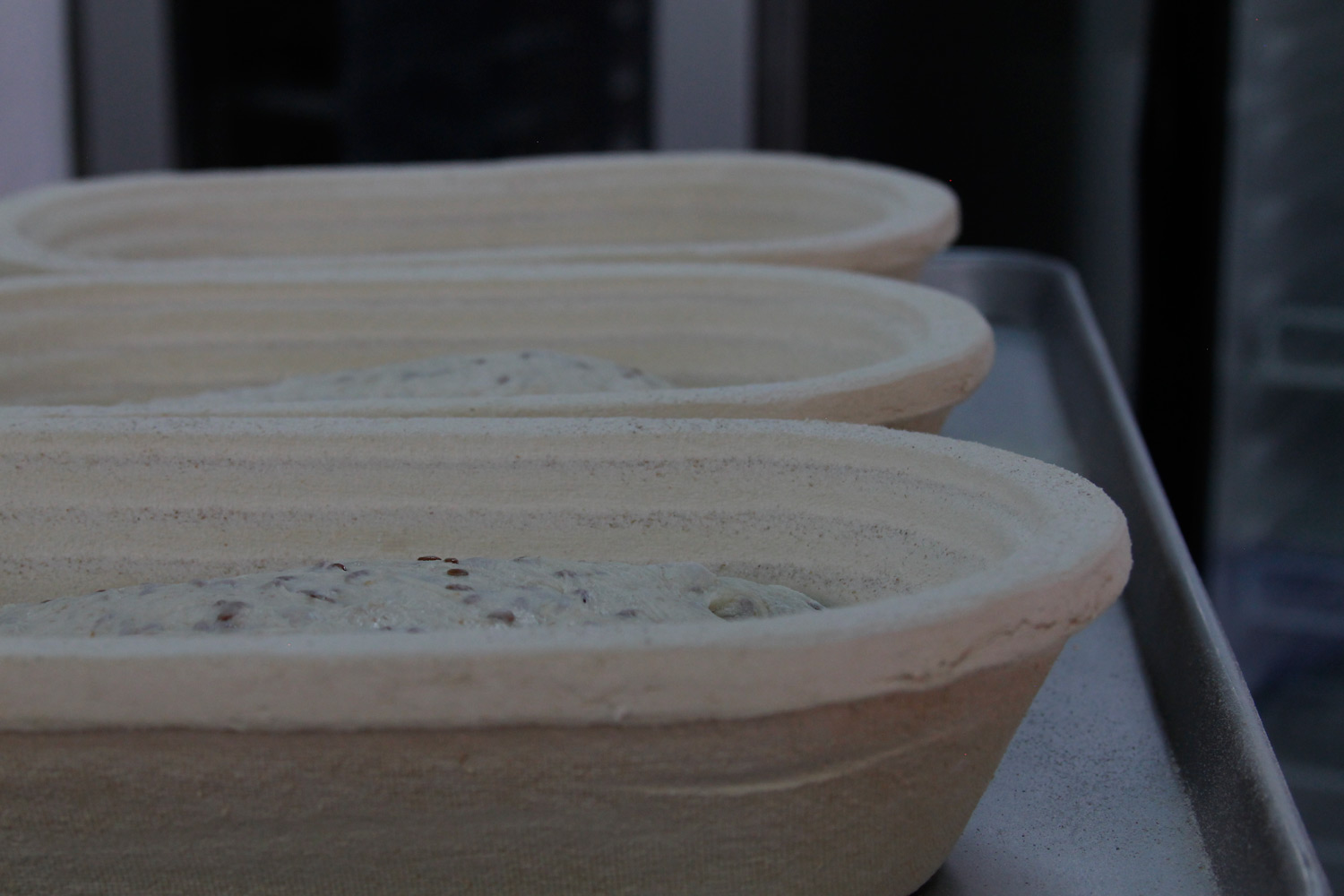 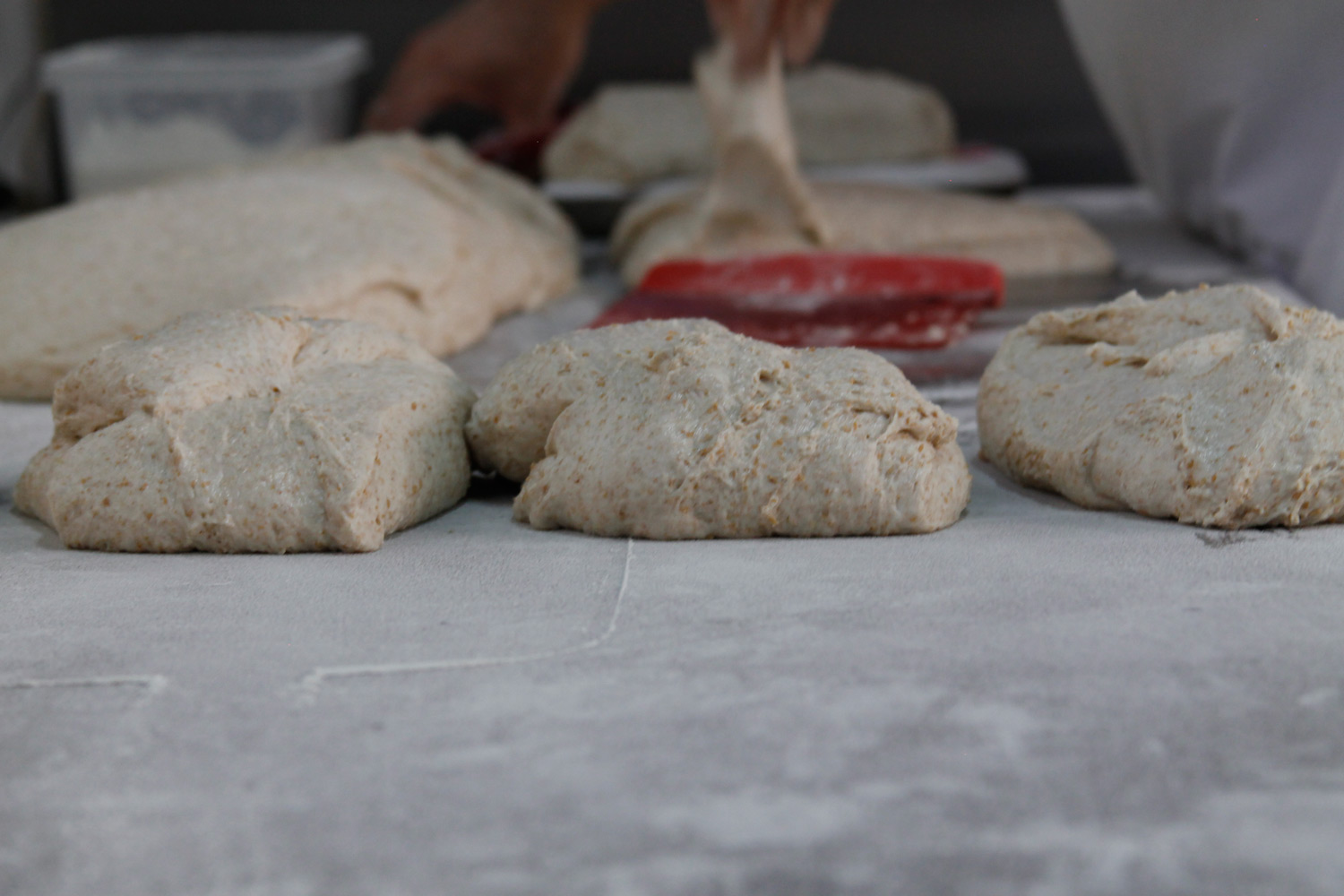 Cutting the dough before the baking process

Finally, Quique approached me with a more complex problem: Although people enjoy his bread, they do not necessarily understand the process and health benefits of sourdough bread. The "bread" of Colombia is called Arepa, which is a type of tortilla made from corn with is toasted and usually eaten for breakfast and occasionally with typical meals. Bread, therefore, is not a big part of the culture and there tends to be a bad perception around bread being "unhealthy" or "fattening". For people to understand the germination process which Quique uses to grind the wheat and make some of his bread, I decided to make an animated video which was shared through social media. We are still due to do some customer research and find out how the video, and other posts, has helped Quique's customers understand the bread making process and its nutritious qualities.

Screenshot from animation, how seeds are grinded 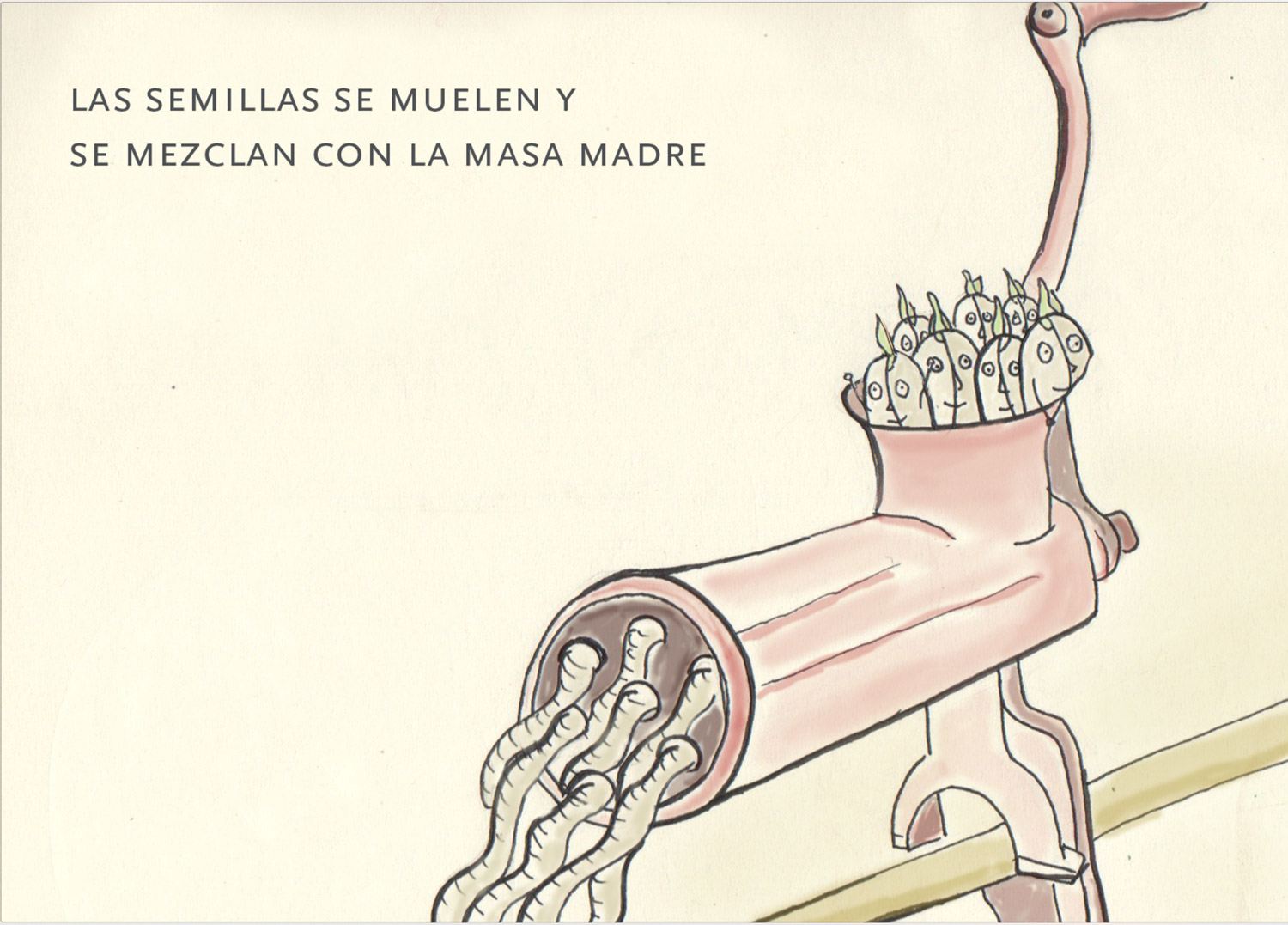 Gif from animation, how seeds are watered 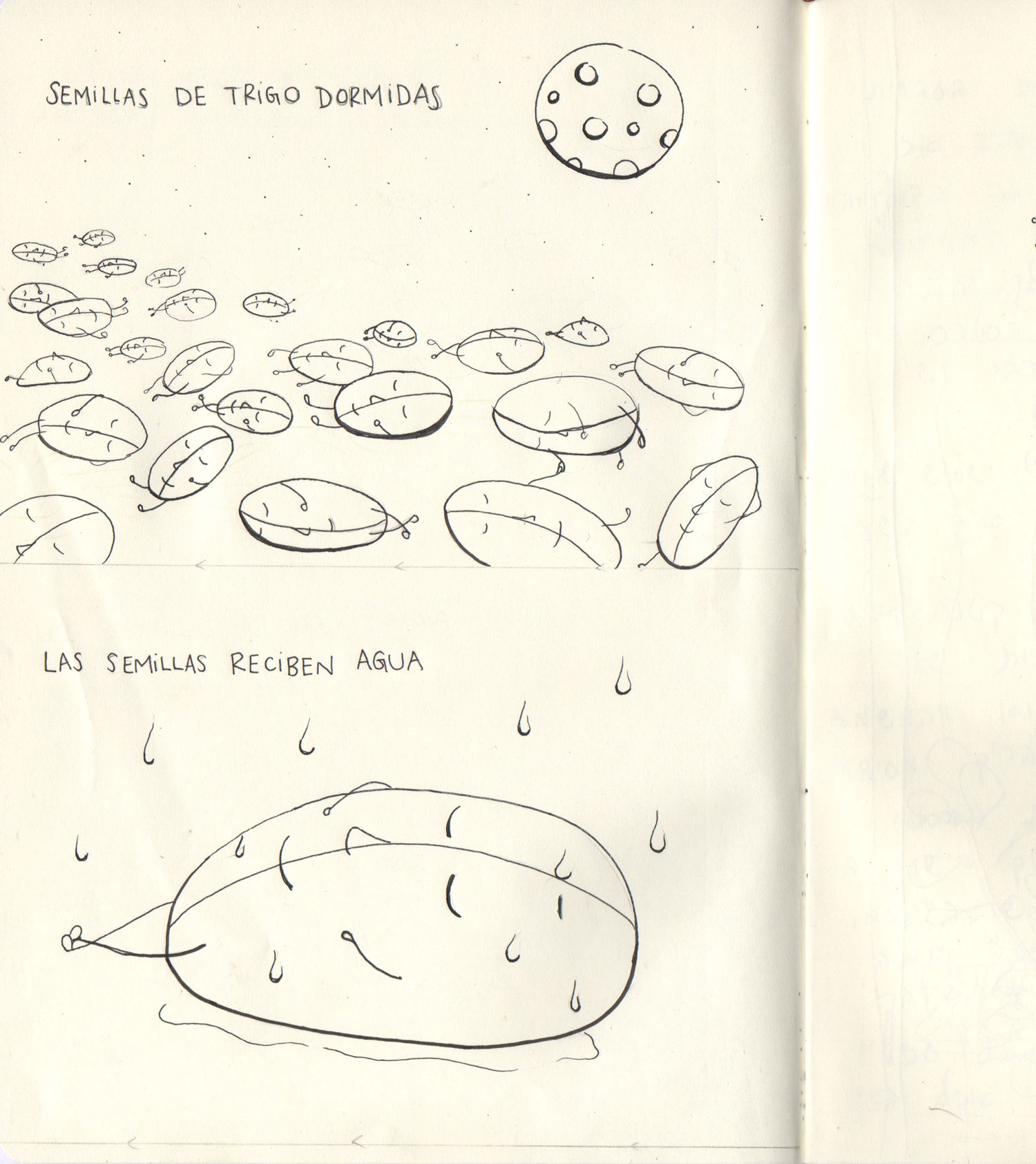 Sketches for the animation

Quique continues to make bread daily and is expanding his bakery by learning new bread making methods. We will continue to collaborate in the future with more creative projects and customer acquisitions. You can see the video here